EN
Warm congratulations on the successful holding of the mechanism cashing conference!
Inputtime：2020-01-21 FromCompany News
Congratulations on the success of the vimar technology mechanism realization conference held at the vimar headquarters on January 14, 2020! Mr. Zhang shili, co-founder/chairman of yimao technology, and Mr. Guo wenhua, co-founder of yimao technology, attended the meeting in person. Employees of yimao technology system r&d department, supply department, after-sales department, brand department, investment promotion department, administration department and other relevant mechanisms attended the meeting.
In 2019, yimao technology fully introduced junge's "wisdom of enterprise rotation" to usher in the internal team transformation and upgrading. With the development, signing and implementation of various mechanisms, we have gained a lot on the way of continuous progress. This meeting reviewed and implemented the mechanism at the end of the year 2019, and successfully held the signing ceremony of part of the new mechanism according to the strategic layout of the company in 2020. 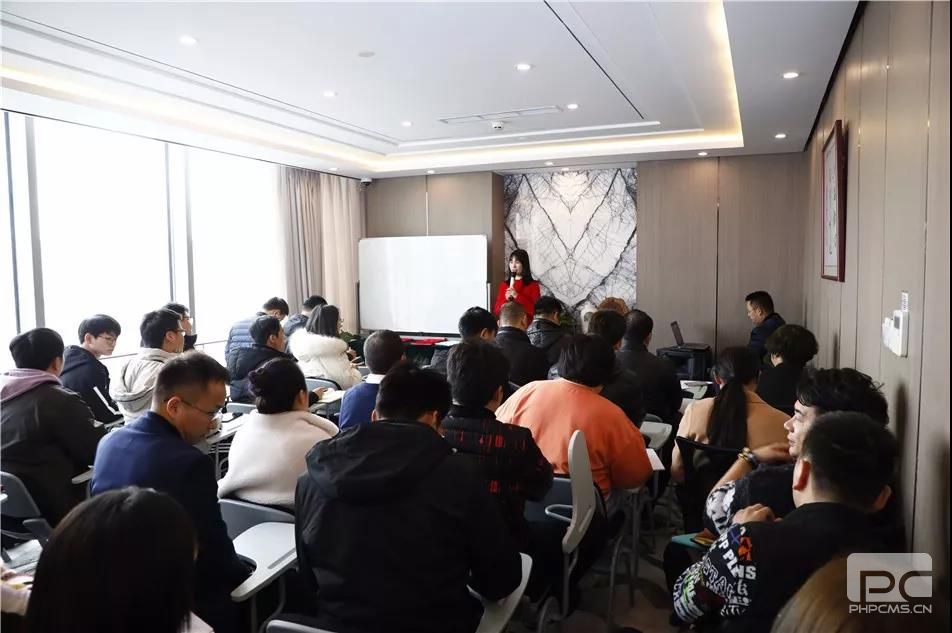 Life is a test and everything is a test

Brother wisdom in the heart of the Yimao mechanism everywhere
Junge said: "the enterprise is a shrinking country, the country is an enlarged enterprise. The decision mechanism is the decision management rules, is to let everyone find their own position, play their own role. The mechanism can help employees more clearly identify their own position in work, sort out the standard process, and achieve win-win results with the enterprise. The mechanism in junge's wisdom has been effectively applied to the team in yimao technology headquarters.
The story of liu haiyang and the vehicle
Due to business needs, yimao technology purchased two commercial vehicles for daily reception in 2016, and the assistant of President Office in yimao technology headquarters was responsible for dispatching and using them. Although there is a "vehicle scheduling system", but in the past three years, no one has paid attention to the cost of two vehicles.
After the introduction of junge's wisdom, liu haiyang, President Office, believed that the vehicle cost could save space and signed the vehicle contracting mechanism with the company, promising to control the cost of all aspects of the vehicle such as refueling, maintenance, repair and parking toll during the contracting period, so as to achieve the goal of reducing expenditure. After the joint examination and verification of relevant departments, liu haiyang successfully completed the target of the mechanism, and the cash award at the meeting was 16,305 yuan.
Business operation is no small matter, every bit of expenses. Through the learning of junge's wisdom, liu haiyang positioned himself as the owner of Yimao science and technology, and then found problems, solved problems, and set an example for the Yimao science and technology partners. With the further introduction of junge's wisdom, such a daily operation of the economy mechanism will spring up like mushrooms, the construction and maintenance of the Yimao platform, will become a everyone's responsibility, joy. 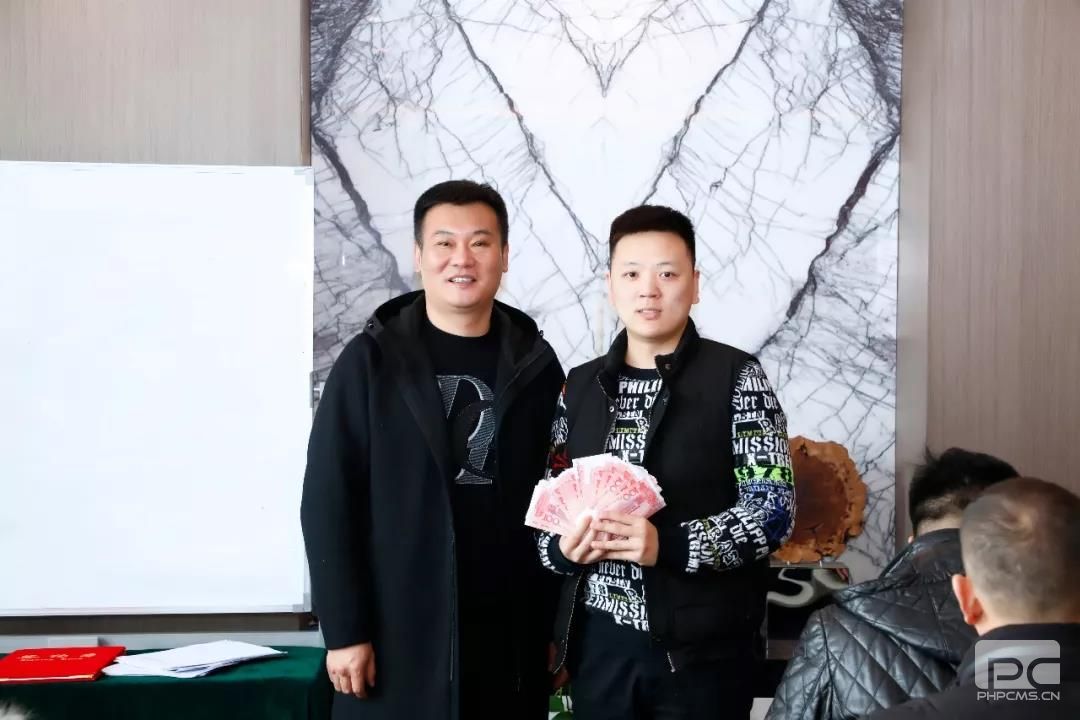 Three crab eaters
In order to better serve the first-tier market shareholders and uphold the wisdom of junge, the investment promotion department of yimao technology headquarters has carried out transformation and upgrading in the second half of 2019, requiring all results-oriented work. Through a series of program evaluation, a total of three outstanding employees stood out, based on the quarterly performance growth rate in the contracted region as the assessment content, signed a contract agreement with the company.
After three months of hard work, the south China contractor Yin wenyi successfully completed the performance target and won the cash award of 9229.29 yuan. Chen hongzhi in central China and gan zhiping in east China failed to reach the performance growth target (a slight difference), regretfully missing the bonus.
Although Chen hongzhi, gan zhiping in this phased cash, the results are not yet achieved, but they and Yin wenyi, as we set an excellent example! Military elder brother wisdom in the strength of the mechanism, let 3 contractors give up the nine-to-five work life, on the back of the bag, long run in the first line of the market, service shareholders, rain or rain, without regret. Their bit pay, for the shareholders to bring the headquarters of the first line of market and business partners of deep concern, hope and support! The seed of selfless struggle has been sown, can the footsteps of spring be far behind? 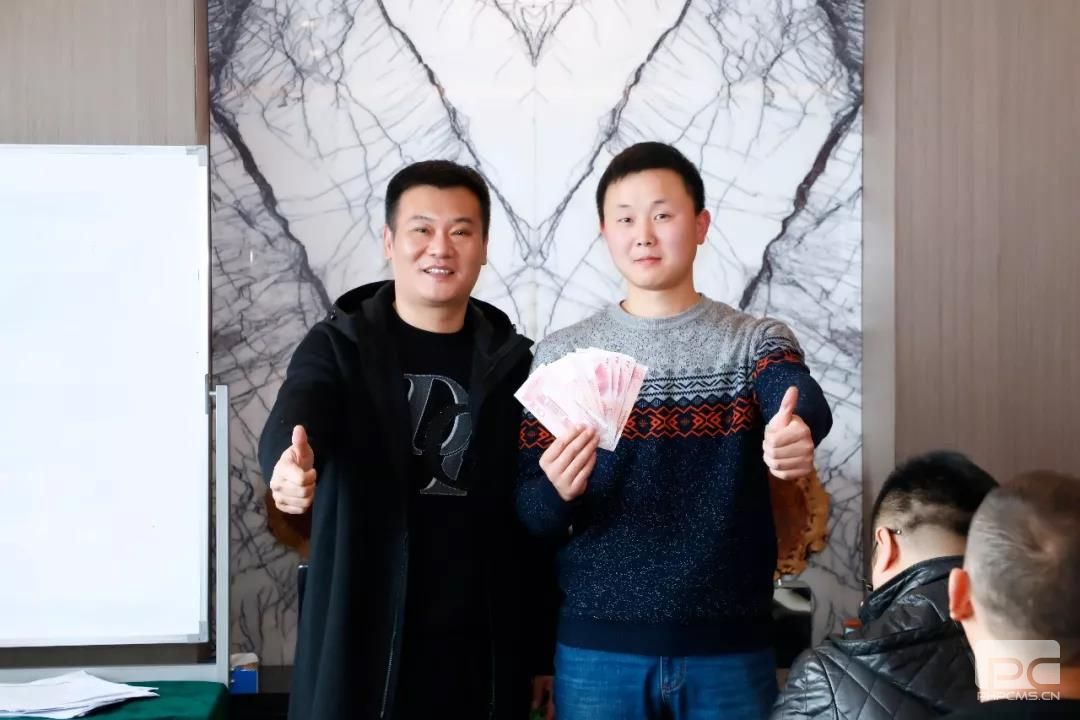 After liu zhenya was transferred to the material manager of the supply department in 2019, he found that the storage and distribution of the intelligent water purification system in the whole country was in an unregulated state, and the actual storage data of many service stations did not match the required storage data, resulting in the imbalance of storage and distribution and the huge loss of product cost of the headquarters. Through learning the wisdom of junge, liu zhenya actively feedback to the leadership and put forward solutions to the company, and signed the company's mechanism.
After a lot of inventory and a series of remedial measures, liu zhenya's team withstood the high working pressure and achieved the mechanism goal beyond expectation. According to the agreement of the mechanism, liu zhenya's team won a cash award of 952,695,000 yuan, and liu zhenya personally won a cash award of 74,600 yuan.
Cash meeting scene, liu zhenya shed moved tears. Liu zhenya is a young man full of ambition. Before he joined yimao technology in 2016, he started his own business in guangdong province. After his failure, he was disheartened. 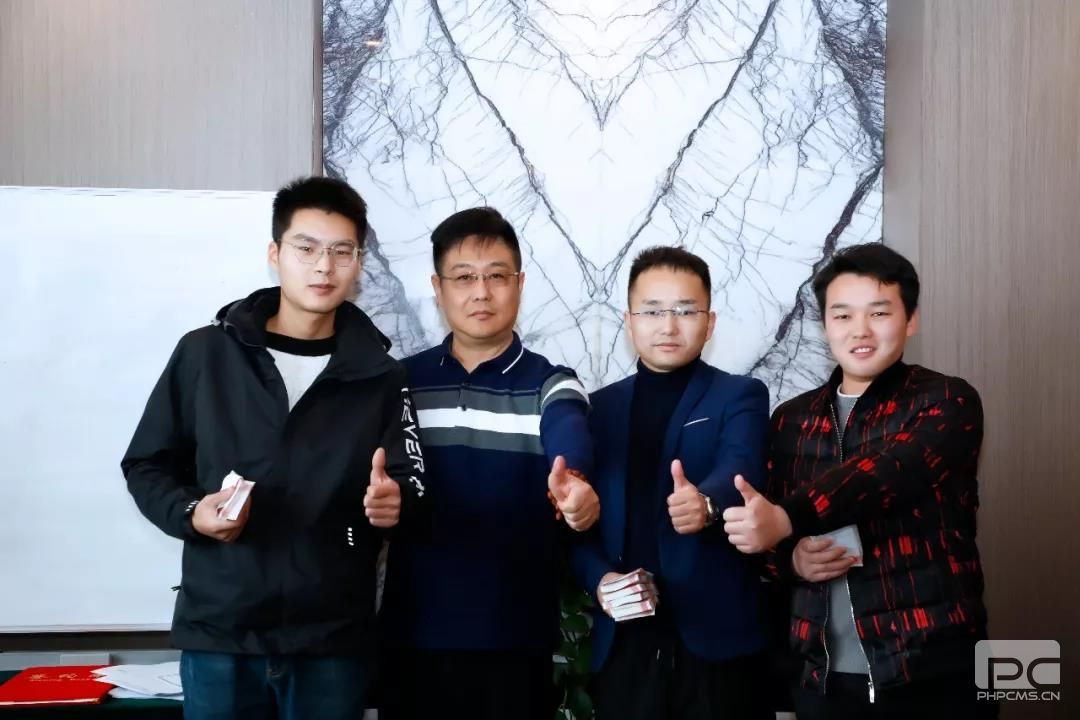 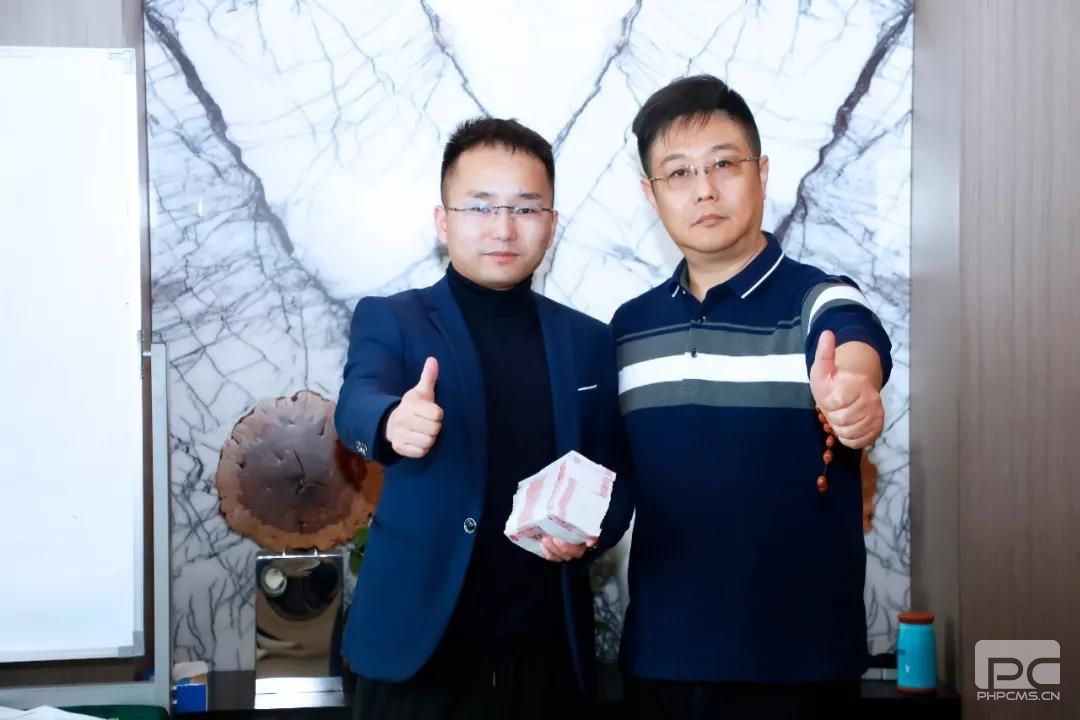 Before the transfer of materials department manager for a long time, liu zhenya has been responsible for advertising business, but because of the early stage of the Yimao technology focus on the terminal layout, advertising has not officially launched. He is full of talent nowhere to display, can only do the preparatory work of obscurity. Even so, he has never shaken the hope and faith for the Yimao platform, still holding hope, under the great pressure of life, bearing forward, waiting for the day of accumulation!
The result proves, liu zhenya did not disappoint the platform to his trust and the expectation, the military elder brother wisdom mechanism, let liu zhenya have the opportunity to display talent! He found problems that others could not find and solved problems that others could not solve! This is his irreplaceable value in the enterprise.
Liu zhenya team million stories, made an excellent example for us! The Yimao science and technology platform is an open platform, with the army elder brother wisdom as the guidance of the team, will be able to blossom dazzling brilliance!
With the joy of 2019 mechanism cashing, Yimao science and technology system r&d department, brand department, administration department signed the new mechanism for 2020 in the meeting site, the team is ready to fight, full of confidence! The New Year's struggle passion! 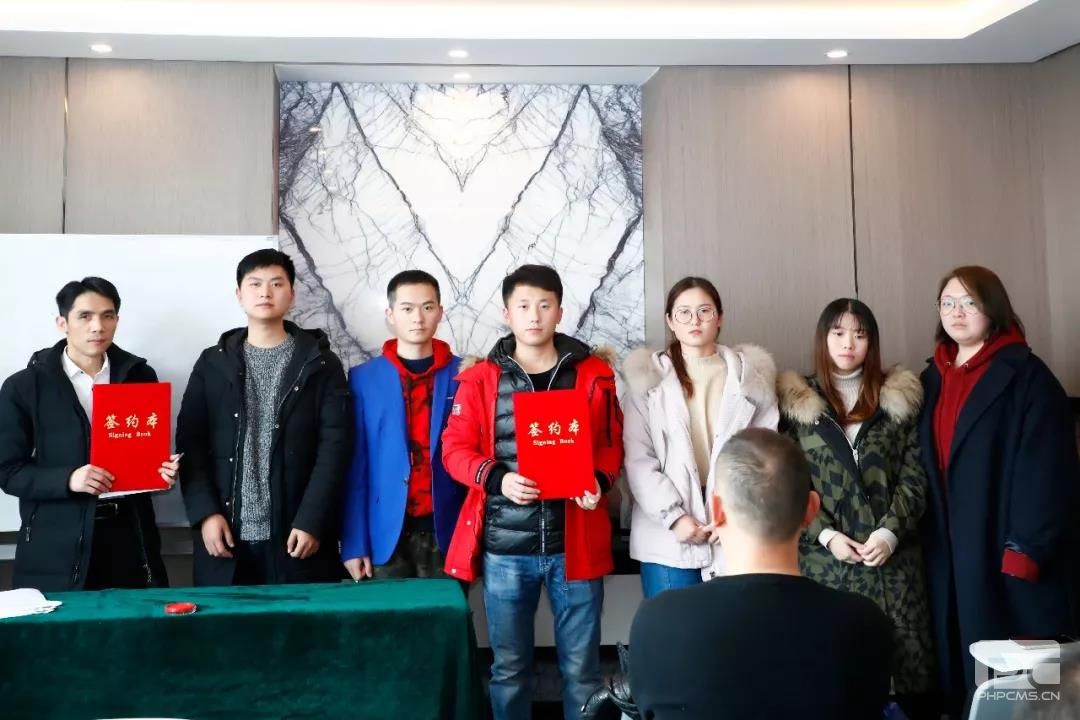 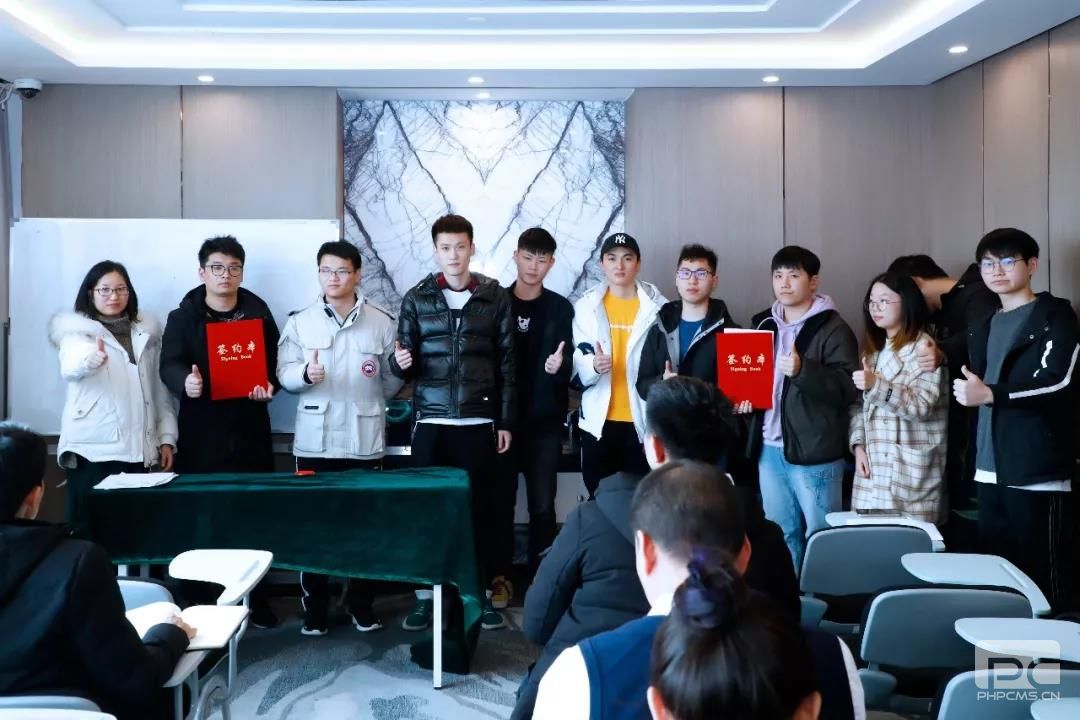 At the end of the meeting, Mr. Guo wenhua, co-founder of Yimao technology, made a speech personally. Mr. Guo wenhua affirmed and encouraged the efforts made by the team, and also highly praised and encouraged the members who failed to achieve the objectives of the mechanism. Guo said, "brother jun has a saying: a person's life is made up of countless current experiences. Only through experience, can everyone experience how full the harvest brought by each experience, harvest will bring change. Success or failure, just experience a process, experience the process to grow. Man is in constantly falling up, to be strong in life. Junge has a very classic saying: happen is over, we must always look forward to the future in the present, in the struggle to keep overcoming difficulties, in the difficulties we forge ahead! In you I see the future of the Yimao, because we have the spirit of never giving up when we encounter difficulties. ..."

Guo's summary injected 100% confidence and vitality into the team again. The applause was thunderous and lasting. The comprehensive introduction of junge wisdom makes the Yimao technology headquarters team full of new life, full of power and vitality! 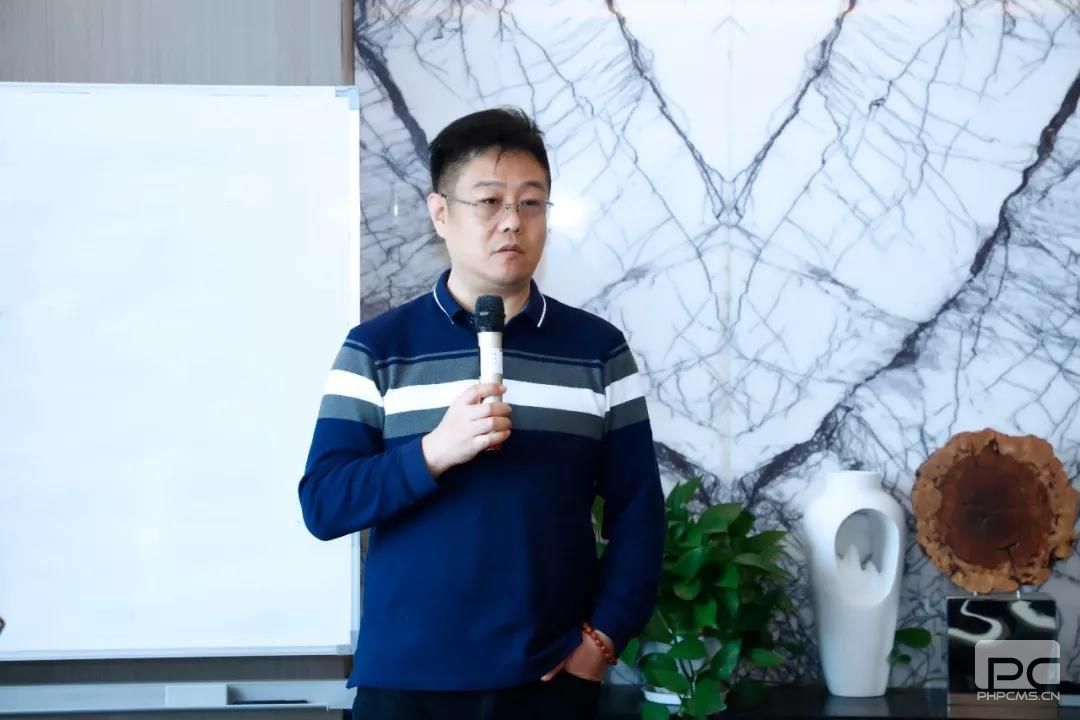 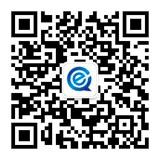